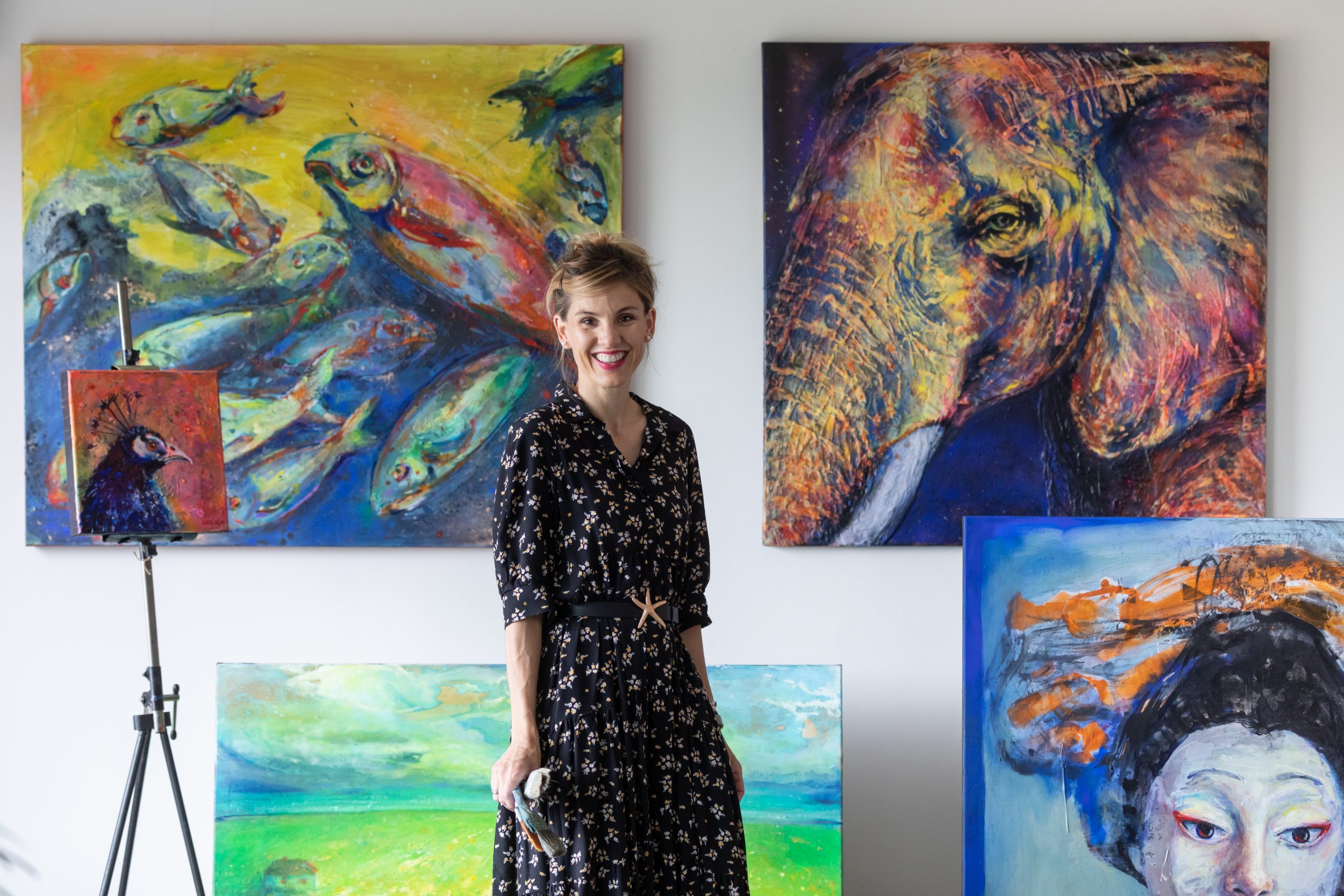 Ursula Lockley Escurriola (Barcelona, 1978), the smallest of three sisters, showed an early interest in colour, drawing and nature. Her father, who was a Catalan amateur painter and Nature lover, encouraged her to go deeper into art and became her mentor. From her mother, who was modest, kind and  British, she learned simplicity and to enjoy the little things in life.
Ursula grew up surrounded by art books and she improved her drawing skills by copying masterpieces. During her teenage years, she defines her predilection for primary colours and her impressionist and expressionist tendencies. She was always eager to know about all aspects of life, which made her an avid reader, visiting the local library weekly.
It was her Catalan uncle,  who was a wise truth seeker , opera lover and a translator of classical Japanese literature, who introduced her to eastern subtlety as a way of enlightening an, until then, unknown side of the moon.

Determined to make a living from art, after passing her University Access Tests, she signed up in Barcelona Arts and Crafts School “La Llotja” and she graduated in 2000. During that period of time, she shared a studio with other artists and took part in art contests. At the age of 21, after the early death of her mother, she left her parents house and had to start working full time. Despite having less time to devote to art, she kept her passion for creation and her eagerness for understanding the essence of life.That took her to run painting workshops for kids and families, while she also trained as a yoga teacher.

At the age of 40, married and mother of two daughters, life offers her the opportunity to finally become a full time painter in Luxembourg, where she has lived since 2019.

Painting is the language it suits me better to express my approach to what Life means to me. The image comes before the verb.I understand Life as a flow of feelings, thoughts, impressions, acts, energies that are in constant movement. The act of creating, for me, is the way I process all the inside and outside information.

My personal technique results in a preference for making my own colours as also using sprays and placing the canvas on the floor during painting process, so it allows me to get actively involved during the conversations with paint, while exploring the borders, if they are, between each being and the environment.

Ultramarine blue leads me to the Cosmos, to the beginning , violet to the Origin and mystic world our energy comes from, constantly changing and interacting. While red and orange are the organic , material world where our body experiences in. Textures, glazes and worn out colours are used to express time marks as in our skin.

The process of creation is quite open, I never know how it is going to finish. I converse with colours, with textures, sometimes with quick wide brush strokes, others highlighting details, observing the spaces, the shapes , the whole canvas as a composition until I listen to its beat.